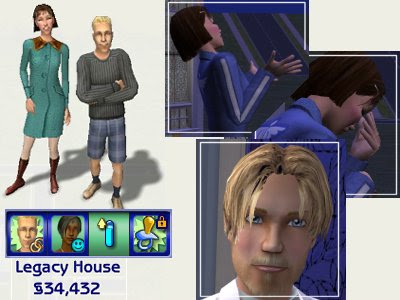 She'd been feeling queasy lately, and her concentration was poor. That's what she told the ambulance board, when they had her up before them for trying to drive the ambulance on the footpath. It wasn't a mitigating circumstance, and she came home without a job.

Fortunately Ben was there to comfort her -

"Don't worry Sapph," Ben hugged her, "You didn't enjoy the hands-on contact with the patients anyway - it wasn't the job for you."

"But I want to help people!", Sapph wailed, "I want to make people well!"

"There are plenty of ways to do that my love, why don't you try going into pathology or research? You've always enjoyed the research side anyways?"

Sapph did a final sniff, and blew her nose on the sodden handkerchief - "You're right Ben. Tomorrow, I'll go looking for a job in Science." 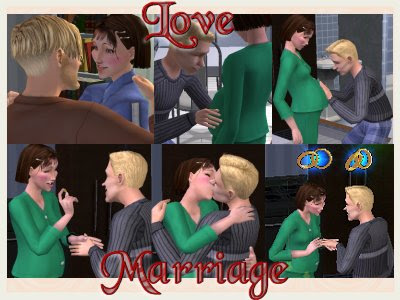 Later that night, Sapph felt violently ill, and said hello to her friend the toilet bowl. Ben followed her in, and mopped her brow with a cold washer. Her stomach moved with the little life within shifting away from the cold feel of the toilet ceramic.

"Well we know why you've been feeling nauseous and vague now." Ben rubbed her stomach, "Congratulations Miss Legacy - you're going to be a mother."

"I thought I was just getting fat!" Sapph said, surprised.

"See! This is why you're better in Science!"  Ben laughed, "Leave the diagnosing to me!"

"We must marry today. Now. I don't want my child to be illegitimate." Sapph looked at him, suddenly serious.

"Well it just so happens that I have a pair of rings on me." Ben pulled them out of his pocket. "I was hoping for a b... small wedding party"

"No time! It's bad enough that our child was conceived out of wedlock!"

Ben was a little bemused, but agreed to go through with it anyways.

They swapped rings, exchanged vows, and by the power invested by Maxis - they were wed. 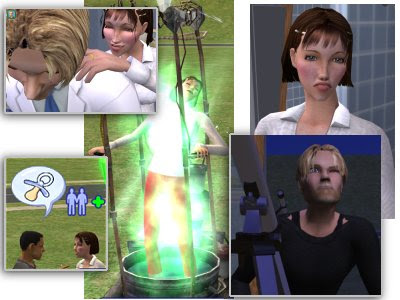 5 interviews later, she got a job with a local pathology lab - but they suggested that she not start until after the pregnancy. She was very grateful that they held the job open for her, especially as she got more and more tired.

They got an energiser machine in preparation for the baby, and Sapph loved the way it made her feel. She dreamt about it, and thought about it.  Ben didn't notice her preoccupation with the machine, he was busy at work and with his brand new toy (the telescope) - and all his friends talked about her glow, and the way she constantly spoke of the baby. He assumed the glow was from the pregnancy. Ben's pre-occupation with the telescope and trying to spot comets distracted him from her changing condition.

But when she was alone, and no-one was around - her face dropped and her eyes showed an inexpressible sadness. Ben would have been distressed if he had seen it, however all he saw was her smiling and happy - in love with him. 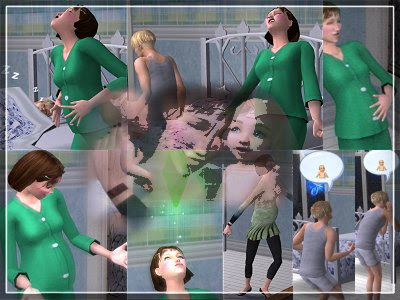 The pregnancy started late at night, while they were both sleeping.  Sapphira's slight frame was racked in pain - her yelps of pain waking Ben.

Her cries were in a language he didn't understand. But he moved around her with a helplessness that comes from his beloved being in a pain he cannot do anything to assuage.

Ben holds her hand, and helps her with her pushing. "Sapph, I'm here. I'm here"

Finally the labour comes to a climax - a baby is born... but the pain is not over and again she pushes. Then a second baby is born, and in her arms lay two beautiful boys.

Sapphira holding her boys, wept. Ben wrapped his arms around them all, wondering at the joy that was causing his heart fit to burst.

"Oh my beautiful wife." he whispered into her ear, "I love you so much." 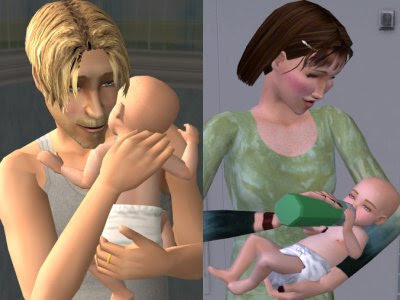 Ben was a doting father, and helped whenever he was not at work. He helped with feeding and snuggles, burping... but he was strangely absent when it came to nappy-changing.

"What shall we name them, my love?",  said Ben when they were rocking them both, later that morning.

"If you don't mind,  I have two names for them. I want to name them Janacek and Bozidar." Sapphira didn't look at Ben, as she said it - a blush suffusing her face.

"Those are strange names! Are you sure?" Ben rocked his first son, hoping he would go to sleep so he could have a proper discussion with their mother. "I was thinking of something simpler - like John and James."

"No. I must insist. Janacek and Bozidar. They are good names for my sons."

"No. Yan-a-check and Bo-jhe- dar*" repeated Sapphira, "Jan and Boz. Janacek means God is gracious, Bozidar means Gift of God. These boys are very special to me."

"Then Jan and Boz they shall be." Ben rolled the names around on his tongue, learning them and getting familiar with them. "Those are wonderful meanings. What language are they? I thought you were a Simlish girl."

Sapphira turned away. "It is the language of my mother. My father was an Simlish airman. My name is Sappir in my birth tongue. Sapphira is the simlicised version. I prefer Sapphira."

Ben put Jan in his crib, and took Boz from his mother's arms and also put him in his crib.

"Jan and Boz - our precious boys - will sleep." He led Sapphira to the sofa and wrapped his arms around her. "And now my love, there is a story you need to tell me. Your story before I met you."