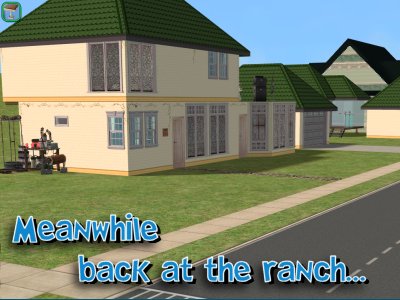 He didn't have any romantic interests, but neither his father or his mother worried about that.  He had a confidence to his actions that reassured them that he was ok. He also had a bevy of young giggly girls follow him around, and he was friendly with them all.

"He'll start looking when he's ready." Sapph would think to herself, when she saw him pillow-fighting with the latest blonde or brunette that hung on his every word.

"Though I wouldn't mind if he concentrated a bit more on his homework!" she added to herself. 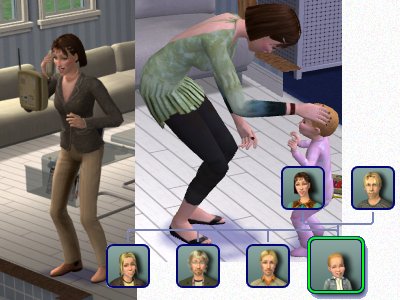 Daniel was the cutest toddler. Fortunately for Sapphira as it helped to pull her out of her depression with the twins gone. Milan had grown from child to teenager, and he was blossoming into an incredibly handsome man. (B.H.I.S needs a drool-protector to look at him)

Ben carried on in his quiet way, keeping his wife away from the Energiser machine and slowly talking to her about going and seeking help.

"Will you at least consider it?" Ben sighed.

"I'll consider it after I've rung the twins - it's almost their lecture time!"

Sapph got the want everyday to ring her boys at Uni. 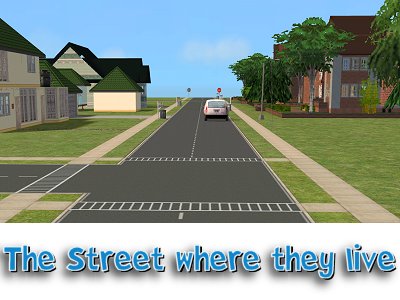 We interrupt this story for what I think is a cool pic. With Nightlife, we can see the street where they live.

The house next to the Long's is where James and Kiri live. The houses across the road are from TSR or MTS2 - and are British Cottages. There was a set of 5 that looked just too darling for words.

Riva lives over there, but the rest are empty, waiting for the non-heirs to occupy them and fill them with children.

A lot of the hood is empty, though across the river there is an abandoned castle. Behind us, there's a shopping complex (again from TSR) based on the Darling Harbour, in Sydney.

Kiri and James walk past almost every day, and have become fast friends with Ben and the boys. Sapph has as yet to meet them. 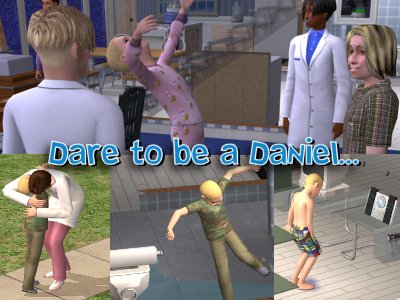 OK. Back to the Story.

All too soon, Daniel made it to childhood. And he continued to be the cute youngest brother that everyone doted on. Whether they giggled at his dance steps, or melted when he greeted them, Daniel brought joy to everyone. Even when he played in the puddles, Sapph couldn't bring herself to scold him. He lived  a charmed life.

When it came to school work, Milan was not the best of influences on him. He'd rather be socialising with friends, than doing the hard slog.  Daniel also had no trouble making friends. Many of his friends had come to visit him, when their older brothers and sisters were visiting Milan.

Milan and Daniel were quite close. 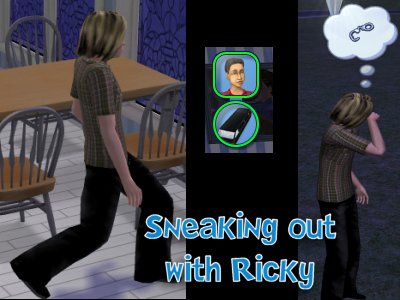 Milan wasn't necessarily the best influence on Daniel, if his parents had known. A good boy at heart, there was still his friendship with Ricky Cormier to help him sow his wild oats.

Ricky had pinched his dad's car, and he and Milan went out in the limousine to practice doughnuts up on the dirt road behind the hills. It was a common place for young lads with more hormones than brain-cells to go. Unfortunately for Ricky and Milan, the police were completely aware of that, and when they saw such a big car going up there, they decided enough was enough.

"Excuse me boys. Can I see your licences?" The police pulled them over, as they had accelerated down the curved road that led to the hills. "You do know that reckless driving is an offence?"

Ricky looked sheepish, he pulled out his learner's licence which was all he had. Milan looked at the officer and shook his head. Driving training started next term for him.

"I see. Driving without your "L" Plates, driving without an instructor, reckless driving, driving over the speed limit. These are all serious offences."

"What are you doing to do officer? You can't tell my dad - he'll get so mad! He doesn't like me driving his car!" Ricky's voice cracked a bit as he looked at the officer.

"Well, first up you boys need to get out of the car. You will not be allowed to drive any further." The officer walked back to the police car, and talked a second to the other officer who got out of the car.

"What are we going to do?" Milan whispered to Ricky.

"I dunno man. My dad is going to kill me! Do you want to make a run for it?" Ricky whispered back. His eyes glistened in the light of the police headlights, and Milan could tell he was close to crying.

"Are you kidding? That'll only make it worse. Suck it up man. We'd better just take the punishment on the chin and hope we don't get grounded for life."

Both officers came back, one carrying handcuffs.

"OK Boys. I'm Officer Cox and this Officer Carbo. Ricky and Officer Carbo will go back in his car. You.." The officer pointed to Milan. "Will come with me in the police car. Now both of you please turn around with your hands behind your back."

Both boys were handcuffed, and put into the back seats of the respective cars. As they drove off, Milan craned his head around to watch the limousine behind them.

When they parked outside Milan's house. The lights were dark. Officer Cox undid the handcuffs.

"OK Lad. No more joyrides until you get a proper licence, and a smaller car - ok? Taking out a limousine is probably the stupidest thing I've seen you young ones do for a long time. I'm not going talk to your parents this time. But if I catch you again, I'm not going to be so lenient. You got it?"

But once the officer had left, he had a bit of a cry before going into the house, and hoped that no-one heard him come in. 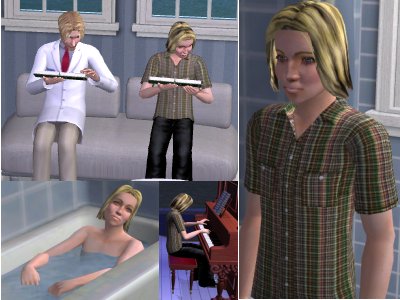 Milan settled down a lot after that, and became a little more serious. Ben wasn't sure what the deal was, but he was glad his son was finally buckling down and lifting his grades. Ben still had high hopes for him going to college or University.

Sapph started giving him music lessons, and discovered that he had a good musical ear, and a love of jazz.

"I want you to do whatever makes your heart sing, Milan. You don't know what it is yet, but you'll find it. Really you will - just have some patience."

Sapph knew in her heart that Milan would walk a different path to her twins. 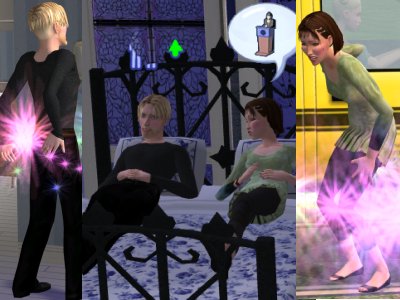 Ben did his best not to nag Sapph, but he could see her having trouble sleeping.

"The boys are that old?"

"Getting there" Ben chuckled. "You promised me you'd tell me when you're ready. You'll never be ready, will you?"

"I'm sorry Ben. I don't think I will. It's not something I can just blurt out."

"I know my sweet. But we have to do something, I can't bear you carrying this pain anymore. Will you do me a favour?"

Sapph looked at Ben dubiously. "Why do you want me to do that?"

"Because I'll be writing one as well. For you, and for our children as well. A Heritage of where they came from, and the life and love they have."

Sapph looked at Ben again. His eyes twinkled with unshed tears. How could she refuse him?

"Alright. I'll start writing this for you and our children."

The next day the arthritis fairy struck Sapph in the knees as she came back from shopping.

"Will you still love me when I'm grey?"

Four days later the arthritis fairy got Ben in the hips.
Posted by Kiri at 8:50 AM